The NBA season finally kicked off last Tuesday night, and I couldn’t be more excited. Here’s my first week assessment.

1. The Indiana Pacers are very good. Lead by superstar Paul George, they’re the only undefeated team left in the NBA. Lets not forget Danny Granger is out the first three weeks of the season nursing a calf injury. Look for them to be one of the top three teams in the Eastern Conference all year.

2. Dwight Howard looks like the Dwight of old. Yes he’s healthy, and FINALLY happy. Dwight is averaging 17.4ppg to go with 14.6 rpg. Expect to see great things from him and star shooting guard James Harden this year. The Houston Rockets biggest question mark to me is their defense, but they can certainly score with anyone in the league.

3. The Golden State Warriors look great. They’re off to a 4-1 start, and they’ll only get better as the season goes on. They have two lights out shooters in Steph Curry, and Klay Thompson that can carry the team on any giving night. Look for this team to continue to grow, and yes people they’re a legitimate NBA Finals team.

4. The Bulls have been awfully rusty to begin the 2013 campaign. As they’re off to a 1-3 start to begin the year. Derrick Rose has struggled shooting 28% from the field. They need to cut down on the turnovers, and score more on offense. Remember offense has been their biggest problem the last several years. No need to panic Bull fans I believe in Derrick Rose and this team.

5. The Suns, Bobcats, and the Sixers will compete every night. So much for the “Tank For Wiggins” idea everyone thought the bad teams around the NBA were doing. As these three teams have competed every night and they’re a combined 9-6. Yes each team is 3-2, but they’ve been in every game they played early on. As the Bobcats defeated the Raptors and Knicks, and the Sixers defeated the Heat and the Bulls. If these teams are planning on tanking they better do it sooner than later. The Suns look like they have a star in the making in Eric Bledsoe. No wonder why they call him mini Lebron. The Sixers look like they found their point guard of the future in Michael Carter Williams 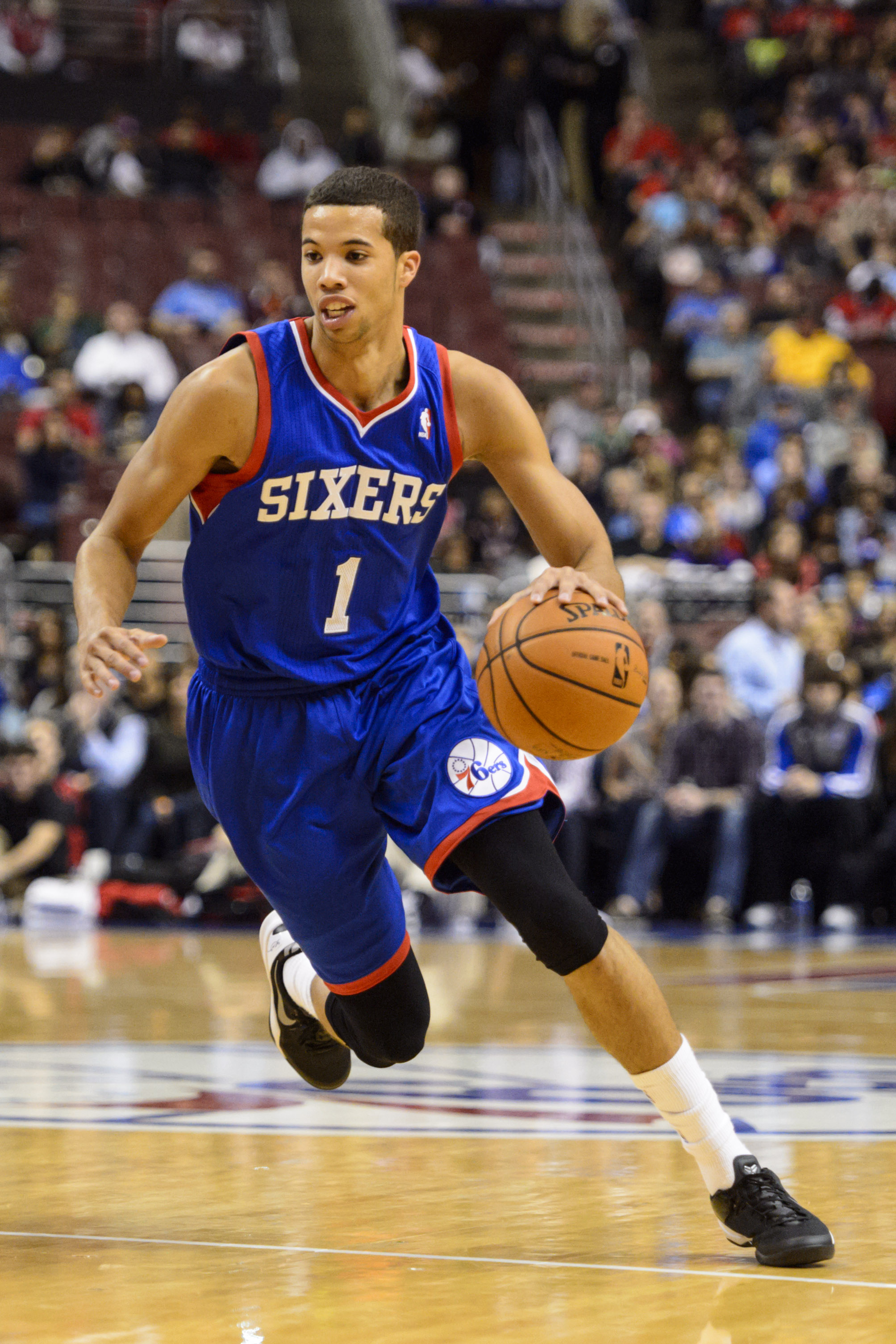 6. The Knicks are sluggish out the gate starting off the year 1-3, and to make matters worse they’ve lost their leader on defense in center Tyson Chandler for 4-6 weeks due to a fractured right fibula. Who will step up while Chandler is out? Will that be Amar’e or Kenyon Martin? Knicks must get their defense in order, and get Melo on track. If they continue to lose games and give up points, how long will Mike Woodson remain the head coach? Lets not forget owner James Dolan expects a championship this year.

The season is still very young, but we look like we’re in store for another great NBA season.

It’s been a great offseason for the 2010 NBA Draft class. First John Wall signed his 5yr 85million dollar deal, Larry Sanders signed his 4yr 44million dollar deal, and this week Paul George signed his 5yr $90million dollar contract, and now Demarcus Cousins has followed suit. Cousins who’s only 23yrs old has signed a 4yr $62million dollar extension with the Sacramento Kings. This should come as no surprise due to Cousins telling the Kings sign me to a max extension or trade me. There’s no question if  Cousins is worth max money. Cousins is a walking double-double waiting to happen. For his career Cousins has averaged 16.3ppg and 9.8rebs while shooting 44% from the field.  The only thing that should be questioned is can Cousins mature as a player to stay on court when the Kings need him and become the leader of this team? That’s something I’m sure new Kings head coach Mike Malone has spoken to Cousins about.  This is a great signing by the Kings now they can focus on developing this roster for the long term. Next guy from this draft class I can see signing a extension is Greg Monroe. But congrats to Demarcus Cousins on a well deserved contract.

Kevin Durant was doing a media tour promoting his work with his sponsors when he was asked about Sports Illustrated Top 10 NBA players list. Durant felt James Harden should be ranked in the Top 10 over Dwayne Wade. When Wade got word of this he responded on Instagram. Wade posted “9-24-13: Kevin Durant said James Harden should replace me in the top 10 …. Note to self: Make him respect your place in history .. — again …” It was accompanied by a statement from Wade that read: “Don’t believe me just watch.” Then Kevin Durant went on to Twitter to send a response of his own. “Show Me Don’t Tweet Me” I totally agree with what Durant said Harden is a star as we all saw last year and he deserves to be ranked in the Top 10 and Dwayne Wade is on the decline. We all respect and love Dwayne Wade for what he’s done for the NBA, but right now I’d take Harden over Wade too. This is just a case of a older player not wanting to pass the torch over to a younger player. Peep the responses below. And if you were wondering the Thunder take on the Heat January 29th in Miami, and that game will be on ESPN.

NBA is discussing rather to have Nicknames on the back of the Heat and Nets jerseys in one of the four games they play this season. Yes NBA fans you may get the chance to see Lebron James with King James on the back of his jersey, Ray Allen with Shuttlesworth on his, Dwayne Wade with W.O.W, Paul Pierce with the Truth, and Kevin Garnett with The Big Ticket. This is just another way for the NBA to make more money. I’m not interested in buying someones jersey with their nickname on it, but I know there will be some fans that are interested in purchasing a jersey with a nickname. Kendall Marshall of the Phoenix Suns isn’t a fan of the move either saying on Twitter “The nickname makes it more about the individual,” “It’s still a team sport. Represent your team, your family, and go out there and play.” But we will see if the NBA proceeds with the plan.

In NBA news, Paul George has signed a 5 year 90 million dollar max extension with the Indiana Pacers. Paul, who’s only 23 years old averaged 17.4ppg, 7.6rebs, 4.1assists, and 1.8 steals in his 3rd season in the NBA last year. George also won the Most Improved Player award and was selected to his first All Star team. Paul told the Indianapolis Star “It’s almost like now that I have this contract, I’ve got to do more work,” George told the paper. “I’ve got to go out and play at the level the guys that are making this much money are playing at.”. Indiana now has George locked up until the 2018-2019 season. The Pacers can now focus on remaining healthy and taking the next step, and reaching the NBA Finals. Paul is a star in the making, and is well on his way in being one of the best players in the league.  Congrats to Paul George on his new deal it was well deserved.

According to people.com Lamar Odom has checked into a drug and alcohol rehabilitation center. As you all know over the last couple of weeks there has been various reports about Lamar being addicted to crack cocaine. There was even a report that Lamar spent 50k on crack cocaine over the last two years, and just last week Lamar was arrested for driving under the influence. A source told peoples magazine “He realized he needs help,”. I’m glad to see that Lamar is taking steps to get his life in order. Let’s pray he stays on track and becomes sober again. We’re all pulling for you Lamar.