Justin Timberlake is having a great 2013, he’s released two albums, been on tour with Jay-Z, and he’s also doing his thing in movies. Timberlakes 2nd album, The 20/20 Experience Part 2 dropped in late September, and he released the 2nd video from the album titled “TKO”. In this video you even see Justin Timberlake make out with Elvis Presley’s granddaughter, Riley Keough. If you haven’t seen the video, we have it here.

Wig changing, dancing, and bikini clad Lady Gaga killed it with the opening of the show with her new single “Applause.” 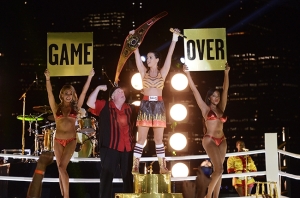 4.) Taylor Swift put One Direction’s Harry Styles on blast when she won her award for “Trouble” stating “you know who you are.” 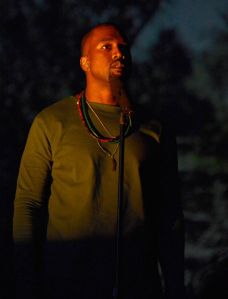 2.) Justin Timberlake tore the roof off with his performance singing his old and new singles with the reunion of NSYNC while accepting the Michael Jackson award.

1.) AWKWARD ALERT: Miley Cyrus “twerk” on Robin Thicke and rub all over him during their performance 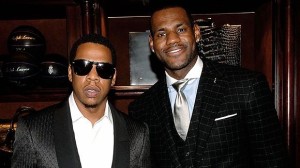 I guess when you’re a big superstar like LeBron, traffic will NOT stop you from a concert. LeBron bragged on his Instagram video that traffic was at a crawl as he followed the police car with lights ablaze down the wrong way of the street. Jay Z had announced he would not start the show until LeBron arrived.

Miami-Dade Police Department says it will discipline the officer who provided a police escort for Miami Heat star to the concert.

Must be nice…… So we gotta ask, is it ok for LeBron to have a royalty treatment?

Justin released the video to his new single “Take Back The Night” this is off part 2 of The 20/20 Experience which is reportedly due out in September.

As if you couldn’t get enough of Justin Timberlake, he’s back with the new release of his new single titled “Take Back The Night”. This is for part two of “The 20/20 Experience album, which is slated for release in late September. This definitely sounds like he had a MJ influence to this one. You can listen and download the single here. 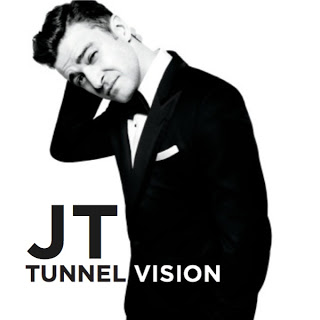 Justin Timberlake has released a new visual for the third single off his album “20/20 Experience” titled Tunnel Vision. We’re looking forward to the 2nd part of the album which is slated to drop in September.

Thats the burning question. Mariah started her performance coming out looking great in a white dress with what seem to be gold mirrors surrounding her. She started off with a high note then once the camera was on her it seemed that her mouth didn’t quite match the music. She gave an “oops” face when the audio was on Miguel’s part of the song. Come on now Mariah, I was really excited to see the diva blow the crowd away with her amazing voice. Maybe she was sick, I’m not sure but considering she don’t dance, it would’ve been nice to hear a LIVE performance.

But hey maybe she did sing live.

1.) How awkward was it at the pre show when Bow Wow and Angela Simmons had to interview Ciara?

For those of you who forgot, Bow had a relationship with both ladies and even made a song with Ciara some time back.

2.)What was Paula Patton on?

Paula Patton has a bubbly personality already but adding that “oil” or that “white girl” or herbal substances can definitely turn it up a notch. At the pre show Paula looked a little too happy. Her eyes were squint as she smiled ear to ear. Once the show started she came on stage with her costars of her upcoming movie and seem to have no idea what she was talking about. She was flirty and kind of all over the place. Whatever she was drinking, I want in.

“Uncle” Charlie Wilson received the BET Cadillac Lifetime Achievement award with honorary performances by India Arie, Jamie Foxx and the legendary Stevie Wonder. They all gave incredible performances but of course Charlie stole the show accompanied by Snoop Dogg, Pharrel Williams and Justin Timberlake. They had the whole audience on their feet.

4.) R Kelly shows the world that he is still the GREATEST.

R Kelly hasn’t performed LIVE on television in a while, and he hasn’t missed a beat. He started off with a dramatic chorus singing of is song “Contagious” then led us with his greatest hits. The whole room had to get out of their seats as we took a trip down memory lane. R Kelly just showed the world that he still have it.