Recent University Of West Georgia commit, Jovany Austin sat down with our own JStyles to discuss life as a student athlete. Enjoy the interview below.

In Part 2 of Episode 3 JD & JStyles speak on the Ray Rice incident giving him the “Animal Of The Week”, as well as Drake calling out Macklemore, and Kanye West saying he’s top 5 dead or alive.

In this two part episode of the JD & JStyles show, they discuss Chris Brown getting sued, Farrah Abraham not having her priorities in order, and 50 Cent going independent in the music industry.

Considering it’s Super Bowl week, our bloggers give their predictions for the big game.

I hope it’s an epic game but I just feel like it’s Peyton’s year and John Fox is such an underrated coach, plus I kind of hate Pete Carroll…I kind of like Denver, 23-13 — Walter M.

I’ve been undecided about this game for the whole week, and since I have to make a decision, I’m going Denver 27-24. I agree with Walter, it is Peyton’s year. It’ll be cool to see him win a Super Bowl in Eli’s city. I expect a great game though.– JStyles

I don’t know nothing about football.– PressStyles 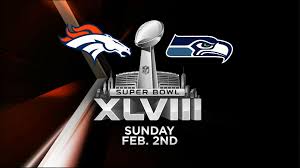